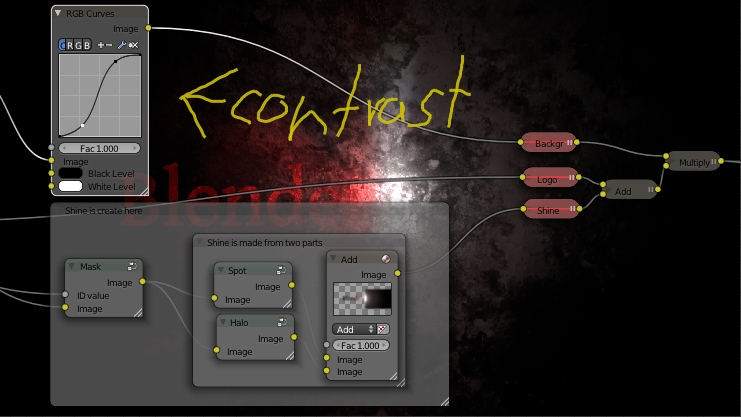 Comments in node setups can be achieved by various means

Some Thoughts on Comments in Node Setups

Recently a thread on Blenderartists popped up with the idea of a 'comment node' where one can put text to describe what a node (or node group) is doing exactly. I will show a few current solutions how to add comments to your Blender nodes and how they could be improved.

Node setups can become rather complicated. When working in a team, documenting your setup becomes very important. How can this be achieved currently?

Another method to add small comments is the frame node which was recently added. Here you need to change the label. The nice thing about the frame node is that you can have frames inside frames and easily edit them: 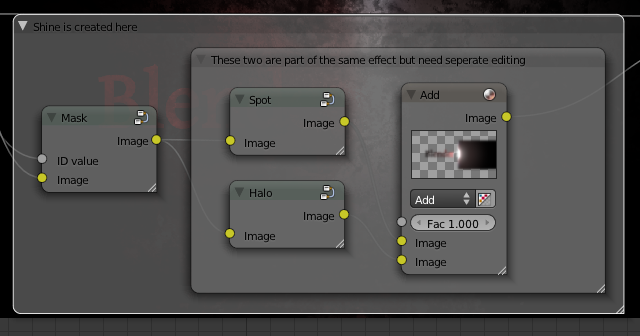 Probably the most ugly way to add comments to your node system is using grease pencil layers: 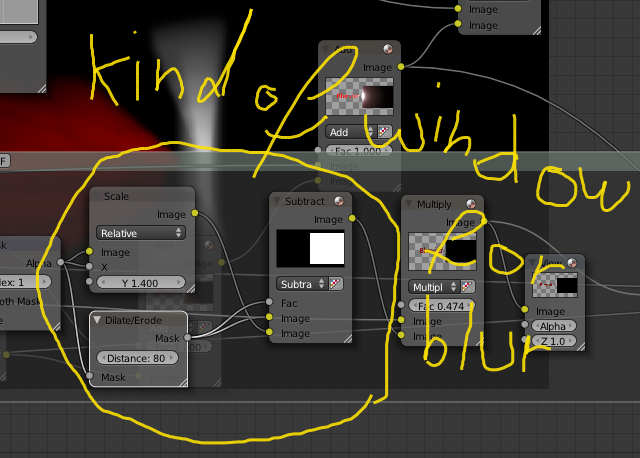 A rather smart way of commenting your node setup I learned from Bartek Skorupa in the series of compositing tutorials on BlenderCoookie: simply use muted nodes (for example a translate node) with names to comment noodle strings. This technique really helps to build a clean arrangement:

There is one shortcoming to all four approaches: The comments can only be very short. There should be a way to allow a more in-depth description of what a node setup is doing. One way would be to add a node that stores only text. It could be attached to the setup like the muted nodes above. Another idea is to allow text inside a frame node (which would be pretty much like the backdrop-node in Nuke is working). What are you thinking about those ideas or are you using any further techniques to comment your noodles?