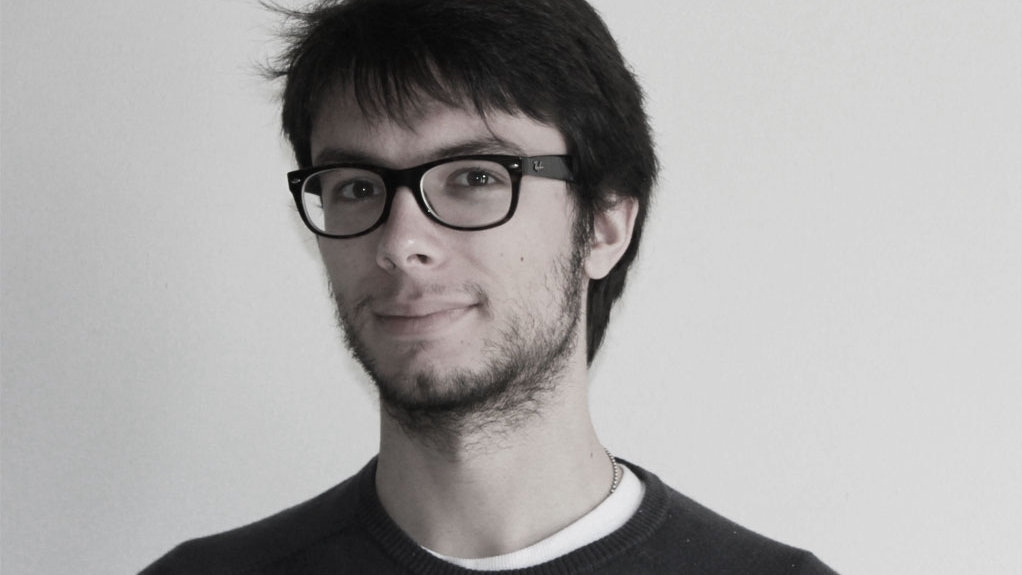 Gottfried Hofmann 01 September 2012
Francesco Siddi is 3D artist and animator in the team for the upcoming open movie Tears of Steel. He is also in charge for the project's website. BlenderDiplom talked with him about the workflow they used and the openness of the project in general.

BD: What parts of Tears of Steel have you been working on and how's the project coming along?

FS: I've been preparing layout files (merging digital environments with tracking data such as objects and cameras), initial light and compositing for some shots and some character animation. I am also assisting our TD in pipeline and render management.
The project is coming along nicely: we have a good overview of the situation and we can deal with the workload very dynamically. The team is small and we have a great interaction.

BD: Tell us a little about the VFX pipeline the team is using.

FS: The pipeline is (almost entirely) centered around Blender. Initial footage conversion (from Sony F-65 raw format to exr) is done via a proprietary software and after that a blendfile where the shot is tracked and solved (the track file) is created. This file is then duplicated and used as a starting point for keying and masking (masking file) and also for the main file, where layout, simulations, effects, light and compositing will be used. As soon as the main file is created, all the required libraries are linked in from environment and character files, so that the tracked camera can be placed in the right place in the scene. Once that the layout is approved it is possible to proceed with basic lighting and compositing, by creating the proper renderlayer setup. If simulation or effects like gun blasts, explosions or haze are needed, they are added to the same file, but in separate scenes. This system allows us even to use both Blender Internal render engine and Cycles at the same time!
Given the size of our team it makes sense to keep workflow steps as compact as possible, since we can coordinate on which shot everyone is working. A separate file for animation is created only when needed and it contains mostly linked libraries or objects, such as the camera, from the main file. At the same time, the main file links in masks and actions, so that they can be used in the compositor and on rig proxies.
This system allows a good degree of freedom and flexibily and it's proving itself quite reliable. 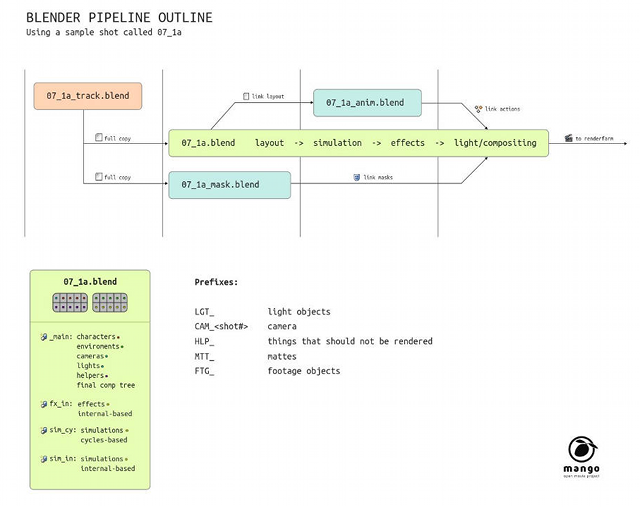 BD: How is it to have developers on site?

FS: Developers are our ultimate resource. The ability to have direct contact with them is invaluable. Communication of problems is clear, efficient and leads to great and practical solutions in the software.

BD: Did you do many bug reports or feature requests?

FS: I did some bug reporting via the bug tracking application in order to get external developers to support, but I also did some on-site bug reporting (sometimes a developer can just sit at your machine, fix the problem in the source code and commit it to svn in less than 5-10 minutes).
Main target of the Open Movie Projects is to stimulate Blender development and this implies a lot of feature requests, usually not massive features, but rather tweaks that make the everyday workflow smoother.

BD: Tears of Steel has been an open project from the beginning. Your works will be released for everyone to study and the weekly meetings are recorded and archived on YouTube. Does it have an impact on the way you work?

FS: Not really, we decided to be very open and share anything we wanted without worrying too much, in order to avoid the blog post block, which leads to our next question...

BD: How do you cope with criticism from the community?

FS: Publishing constant work in progress implies getting a good number of comments from readers who tend to forget that this is, in fact, a work in progress. In some cases, good points are raised and we definitely take note of them. In general, expectations for this kind of projects tend to be really high and we can't always match the polishing of a Hollywood blockbuster. Luckily we also get some great encouragement and hilarious comments that keep us up and motivated.

BD: For the future, would you like to work open or closed?

FS: I think this really depends on the type of project. Open/community-founded projects should be as much transparent as possible and I completely agree on that. Commercial work, on the other hand, is not really focused on processes, but rather on results, so it might not be as interesting to share how things are done.

This interview was translated to German and released in the print magazine Digital Production alongside an article on Tears of Steel in Germany and Austria.